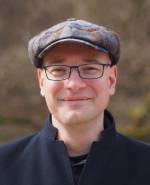 Dr Dr Lasse Gerrits studied Public Administration and Urban Planning at the Erasmus University Rotterdam (the Netherlands). After his graduation in 2003, he worked as a researcher at TNO Built Environment and Geosciences whilst working on his PhD thesis on the management of fragile ecosystems simultaneously. He received his PhD degree in 2008 and was appointed as assistant-professor (2008 – 2011) and associate-professor (2011 – 2014) at the Erasmus University Rotterdam before being appointed as full professor in Political Science at the Otto-Friedrich University in Bamberg, Germany. In Bamberg, he was the first holder of the Governance of Innovative and Complex Technological System chair.

Various research projects were funded by the Netherlands Organization for Scientific Research, the German Science Foundation or commissioned by third parties. He is a regular advisor to municipal planning authorities and other government agencies. He was awarded an NWO Veni-grant in 2010 and the "Arthur" award for best teacher in Public Administration in 2012. In 2018, he successfully defended his second PhD thesis.